On todays episode we talk about 3 ways to maximize a small marketing budget:

Aaron: [00:00:14] Hey,guys. Welcome to another episode of The Marketing Natives. Thanks for tuningin. We got some really good stuff for you today. We are talking about threeways to maximize a small marketing budget. We're going to talk about gettingcreative, obviously, having a budget, and digital space. Yeah. Digital space.

Christian: [00:00:45] Getcreative. I think that's- I mean, it goes without saying, but usually, youknow, you would want your content to go viral or at least create something thatit's viral-ish. You know, it doesn't have to be United States viral, but itcould be, you know, your local community viral. I feel like we've made somevideos that have gone a little bit viral around the community, you know, wherepeople recognize us as the dinosaur guys or Abe Lincoln. You know, like theyrecognize some of the things that we've done, some of the videos that we'vedone and some of the ads that we ran, because they're just memorable, you know?

Aaron: [00:01:28] Right.And I guess that's what we're seeing here is that it's a lot cheaper for you todo something creative because- At least on social, and just to clarify there,whenever you create something creative on social, they want to share it with asmany people as possible. You're much more likely to get a share if it'screative, which means you have to spend less money which really helps yourbudget, and you can just focus on something that's really cool, and then letyour audience or your local community share it out there and reach probablymore people than if you would just try to out-pay them.

Christian: [00:01:58] Yeah,I think another good example is Purposed Consulting. They did- Remember theydid the video of the dog rolling over?

Aaron: [00:02:08] Yes,yes. So shout out to Bennie and Kimberly Evans with Purposed Consulting, butyeah, it was actually around the same time we did the ribbon cutting video. Butthey talked about a rollover from a 401k, but it was literally like Bennie onthe ground like yelling at this dog, teaching it how to do a rollover, and itwas like uh, no. And obviously, the video was good because we remember it now.So very good video. I think that was also shot by poster boy.

Aaron: [00:02:41] Yes.So many shout-outs in this one. Get creative is definitely number one. Allright. So number two, again - I said this earlier - this may seem a littleobvious, but a lot of companies since they think that they're smaller, or evenlarger ones, they don't actually create a budget. They don't know how muchthey're going to spend. So they're just like, you know, let's say, in Junelet's spend twenty-five thousand dollars or let's spend five thousand dollars,and you're like well, what are you basing this on? Well, I just feel like Iwant to spend that much money, and it's hard for you to figure out. So yourbudget may be smaller, but if you figure out how much you can spend each monthand then allocate it, and then you'll be tracking it each month to know hey,this is working or this isn't working. You may be able to spend more in thefuture.

Christian: [00:03:30] Yeah.Depending on the size of the company, at the first of the year, you know, youcan determine whether you want to do it monthly. You want to determine yourmarketing budget, but you should have a general idea, you know, for 2018 howmuch you're going to spend on marketing, and that's usually based off of yoursales, right?

Aaron: [00:03:55] Solike overall marketing budget, rough estimates like 10 to 20 percent, dependson the size of your company. If you have a five million dollar company, youknow, it could be a lot smaller number, but some people who have- Let's say youhave a $200,000-a-year business, you're going to have to do probably 15 to 20percent of your gross revenue to-to- Towards marketing. Can't get it out. Butthen I would say of that marketing, probably 50, 60 percent of it should bedigital. So we're talking like SEO or website or social media. So a good chunkof that should be digital.

Christian: [00:04:33] Yeah.I think what we have next here- And Aaron's trying to get the horn. I feel likehe always forgets about this now.

Christian: [00:04:49] Anyways.There it is. So if you've been listening to our episodes, you know what thatmeans. That means that we're going to talk about BitBranding. So we are adigital marketing company here in Allen, Texas. It's just me and Aaron rightnow. I'm butchering this.

Christian: [00:05:14] No,I know. I don't know what I'm saying. Anyways. So yeah. We have this thingcoming up. It's a- We're shooting for August 1st. We talked about this before.We kind of wanted to do an event here at the Yeager Offices where we just kindof talk about social media. Everything, anything. I think before- We're still,you know, trying to get the details together for this. I know in the past wetalked about kind of leaving it open. Maybe have like one or two topics. So youknow, we can have questions around those two topics and kind of have it like anopen forum for you guys, small business owners, to come and ask literally anyquestion. We're an open book. So we'll be able to answer all your questions. Wewere also talking about not doing it for free. Maybe charging a small fee justso that we can get an accurate count because we have a limited amount of seats.We really want people to come and enjoy and listen to other owners and see whatthey're doing and really gain some good knowledge. Social media marketingbusiness knowledge. So yeah. I think we're shooting for August 1st. Don't quoteme on that. Still not finalised, but keep that in mind, and if you have anysuggestions or questions or anything regarding this event, yeah, just shoot usa message on Facebook, Instagram, Twitter, anywhere, and let us know what youthink or if you do want to participate in something like this.

Aaron: [00:07:00] Yeah.We want to hear your comments on it actually. So just shoot us a messagesomewhere and tell us like wow, Christian, we still believe in you. You know,he needs to hear that. But-

Aaron: [00:07:11] Well,I'm not going to edit that out for obvious reasons because it's fun, but ourlast one here on how to maximize a small marketing budget is to focus ondigital. It's a lot more expensive to go out and flyer a neighborhood withdirect mail than it is to run, say, for example, an e-mail blast to 500 peopleor a thousand people on something like MailChimp. Right now I believe - and itmay change by the time you listen to this podcast if you're listening yearsfrom now - but in June of 2018, you can have 2,000 contacts on MailChimp for free.So as you build your email list, you don't have to worry about sending outdirect mail, and that can keep your costs low. So going digital is typically alot cheaper than to do something more traditional like putting your name on theback of like a magazine which could cost you three to four thousand dollars,and you don't know who's looking at it.

Christian: [00:08:06] Verytrue. So yeah. We're not saying to completely get rid of offline marketing, butdefinitely limit it because of the power of digital and how cheap it is.

Aaron: [00:08:20] Yep.Still very, very cheap, and as of the recording here, we just want to make anannouncement that there is Instagram TV. It's called IGTV which is a digitalplatform. So if you create good content, which we talked about previously,there's not- Not everyone is technically creating content there. So that's agreat way for you to potentially maximize the marketing budget by not having tospend a lot of money and reach most of your people by using something that'spretty new. I guess this came out June 21st. We're recording this in June of2018. So go check out IGTV if you haven't heard about it yet, and moreimportantly, to segue towards the end unless Christian has anything else-

Aaron: [00:09:02] Pleasemake sure that you subscribe so you do not miss any episodes, and if you are abusiness owner and you have some questions, absolutely you can send them intous. Send it to us on Facebook or Instagram, or if you would love to come on theshow and talk about your product or service, we have guests from time to time.So happy to have you guys on that way. So make sure you subscribe. Don't missanother one, and then please if you have a friend who's just starting abusiness, make sure you share this episode with them so they can try to figureout their marketing. A lot of times they're starting their business. Theyunderstand what they do, but they just don't understand the marketing or how tobudget it. So this podcast will help them out, and you just tell them that it'sless than 10 minutes. Super easy listen.

3 Steps to take your service based business to success

An unconventional, proven marketing strategy for Chiropractors
6 hidden features you’re not using on Facebook
How Can A Private Facebook Group Benefit A Running Store 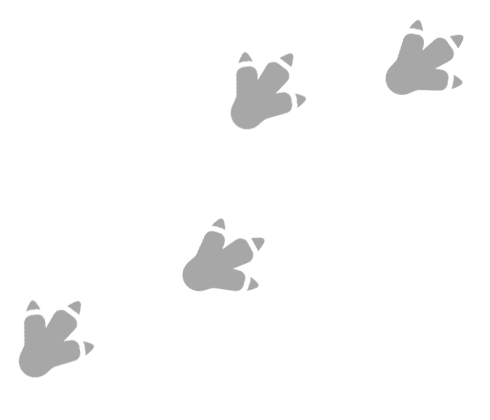