How To Get More Views On Your Live Videos

How To Get More Views On Your Live Videos

Hey everyone, Aaron, here, and today I'm going to be sharing with you how to get more views on your live videos, including one tool that if you sell online, is going to absolutely change the game.

Run Ads After Your Lives

To start off at number one, run ads after your live video.

We have a client who goes live a lot and always gets a lot of people to show up when it's live. However, there was a large portion of her audience who wouldn't see the video because the timing never worked for them. I was doing some research and auditing the live videos that they were running and realized that most people watch the replay anyway, so why not run a Facebook engagement campaign to the audience that already was going to tune in and run that for the next two or three days and they just shut off the campaign.

Instead of just telling you that you need to run an ad for this, I want to show you real quickly exactly how you should set up this live video Facebook engagement campaign and then just schedule it to turn it off.

So first off, we're going to start out in Facebook's business manager. If you have not set that up, make sure you check out this video here. It's really quick and easy and it's going to make it a lot simpler for you to follow along in this video right here

So when we're creating a campaign, there's a nice little green button, hit create and we are just going to run an engagement campaign.

We are not going to fill out a lot of the details as far as what I would name it, that doesn't really matter. It's up to you on what you would like to name it. So just make sure that you remember it.

You can do a daily budget, or to schedule it, it has to be a lifetime budget. This is up to you. I like to do a daily budget because I can have more control if it's doing really well and want it to go longer. But you can just set the budget for whatever you like. Maybe you want to do $10 per day and you want to check in a couple of days. If you do a lifetime budget, there's an option inside of there to click the end date and it will just automatically stop for your campaigns.

In the Ad Scheduling section, you can see right here where it says run ads all the time. That's where you would change it when you change this to a lifetime budget.

So go ahead and click next. This is going to be our Facebook engagement audience. In the Custom Audiences box, you’ll type engagement. So this is after the IOS 14.5 update and just continuing to update. So you want to make sure this audience is roughly a 180 day audience. Normally you would do something a little bit smaller, but you make it as large as you possibly can, you can actually even spread it out to 365.

So when you type engagement, some options will show up. For this example, I'm just going to do Facebook Engagement 365. It's going to probably be unavailable for you. Don't worry, that's not a big deal. Although if you have 500 people on your page, it's going to be a little bit different if you spend $10 versus if you have 5,000 people who engage with your page.

So go ahead and go down to placements. I would not do the automatic placements here. I would choose Manual Placements and just do the feeds.

The reason you want to do that is because if you run that live video, you really want it to be optimized for people's viewing experience and since this video is done on the feed, it’s probably better to run it there as well.

Make sure that your page is there. Could be any page, it doesn't matter. It just needs to be your page that's there.

So whether this is a live video or a regular post, it’s the same thing on how you would do it.

Here is a live video, 15 likes and 19 comments. Not too much engagement, it was done on July 15th. Still relevant here, but I would just create that live video as a new post and you don't need to do anything else with it.

If you have an app, I would make sure that you turn on your app for this. This is where you can track your app purchases to use another tool that we'll talk about later.

And there you go. That's it. It's really that simple. Like I said, I'd run it for two or three days, especially if you do three or four lives per week, just kind of have those on a constant rotating basis. It's not going to hurt you to show this to more people, especially if you're already getting good engagement and sales.

Before we talk about number two, I just want to say welcome, especially to everybody new. My name is Aaron Pearson. I'm one of the co-founders here at BitBranding.

We've been helping frustrated store owners since 2015 become impactful store owners through tutorials, tactics and strategies. If you find value in this blog or at any point of time, I would love for you to head over to our YOUTUBE CHANNEL, hit that subscribe button and support our channel. And don't forget to turn on those notifications.

Promote Ahead Of Posting

This may seem like a no-brainer, but I promise you that most people are not doing it. Are you, like, asking yourself right now, are you really promoting effectively before your live videos? The trick here is to get your face out there. And what I mean by that is to literally get your face out there, put yourself in front of the camera and let the people know what is going to happen.

So one quick bonus for this is to make sure that the copy, the text on your post, also shows what you're talking about for those who don't listen and those who are hearing impaired.

One more thing to do as you're promoting the live video is to make sure that you offer an incentive.

For example, the first 50 people who check out while they are live will get a special gift. And I'm not talking about one of those cheap bracelets or gifts that you can find in a quarter machine. Either we mean a legit gift. So think about Christmasish. What would you be happy to receive? Make sure it incentivizes those people, because when they jump on live, they're going to be wanting to make sure that they get that gift and you need to deliver on that.

Hey, Where Are You Going?

If you think this is good, you're definitely going to need to stick around until the end because I’m going to share with you a tool that all of our clients use to double their revenue. And yes, I did say double.

Be Consistent With Your Lives

You know, the partner I mentioned earlier in number 1? They go live 5 times per week. Sometimes they're just feeling super giddy and they go live six times. They do that a lot and they do it at the exact same time every time and what does this do? It conditions their audience to be ready, to anticipate when they're going to go live, and relationships are formed. Their audience loves and feels like they know them because they have spent so much time with them.

So remember, consistency is so much more than perfection. That was your methodical moment for the day. And you're welcome.

I mentioned earlier about how to run a campaign for post live video success. If you are still thinking, well, I have no clue where to start with that. Don't worry. We have a video for that, and you can find it here.

I know you all have been wanting to know what number four is. So here it is. The tool is Comment Sold. The absolute best live selling companion for you. Think of this as like the peanut butter to your jelly.

So what is Comment Sold? I'm so glad you asked. Imagine having your own app connected directly to Facebook and when you send push notifications to your followers and friends, it lets them know that you're going live in addition to Facebook telling them that you're live as well.

If that doesn't sell you, how about going live and having people pay right there while they're watching you? And you don't have to worry about following up and sending invoices. It will directly integrate into your Shopify or E-commerce store.

If you're one of those people who want to learn more about what Comment Sold is, there's so much info out there and there's actually a lot of information in the description of the how to video on this topic, which we’ll provide the link for at the end of this blog.

We have a little bit of information about where you can reach out to us and we can answer questions. We are partners with Comment Sold and help you get walked through step by step, how to get everything set up.

If you want to learn more about Comment Sold, there's some more information out there in the description where we can help you walk through the next steps and get everything set up for you.

All right, guys, thank you so much for reading. If you’d like to watch the How To video for this topic, you can find it here If you're an online clothing store or boutique and you have questions about how much you should be spending on you online ads like Facebook, Instagram, TikTok, etc., leave a comment on the video with the word CALCULATOR and I'll share with you our Google spreadsheet so you can plug and play and find out exactly the numbers that you need to be spending every single day for your business.

So now if you've stuck around this long, you're the real MVP. Thank you. You're probably someone who needs more information on the keys to success for long term growth in your e-commerce business. So since I know that is probably you, otherwise you would have clicked away, you need to check out our free training on the five pillars you must have in place to grow and scale profitably for your clothing brand. It's literally only 20 minutes. Check out the video description for the link so you can get started.

See you next time! 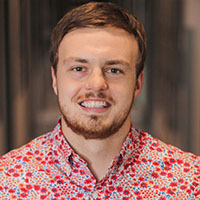